They were born as part of humanities violent past - where ancient battles were fought between various tribes. At this time, Goths would have sat astride a fearsome war-charger and made their name on the battlefields of central Europe. Today they have evolved considerably, and are far more concerned with the fate of their souls - and the fate of the planet and its society.

There are many 'types of Goth', and here we consider 'just a few': 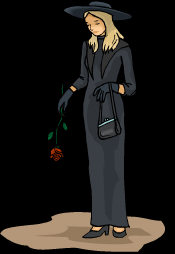 Most people will only set foot in a graveyard when saying good bye to a loved one. And yet, these Goths find the allure of the graveyard overwhelming. Such interest does not have to be morbid - instead being an interest in the graveyards architecture and quality of construction (particularly older graves). It can also be a sign of showing respect for those that have passed before us (which all too often these days is simply overlooked - or even desecrated). 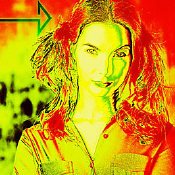 These mainly require technology. They may be mad professors, or long-time internet surfers. Many computer programmers could fall into this category - especially those creating occult websites and software. 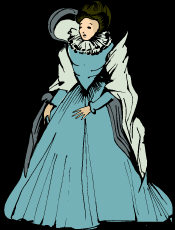 Larger and/or older woman are often the first ignored in many social gatherings. But such women can fight back by dressing as a diva. They can do this by wearing elegant garments made from satin, velvet or lace. When they do, they shall find much gentlemanly affection can be sent their way. Such is the power of the dark - to transform. 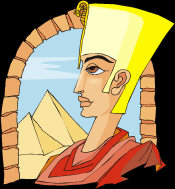 Perhaps one of the more sophisticated Goths: since the ancient Egyptians viewed themselves as godlike. They understand the importance of looking after their bodies - as it will then be looked after in the afterlife. Such Goths will have a strong connection with animals (especially cats - who are the guardians of the underworld). Trinkets made of granite, basalt, quartz and limestone shall also call to them (since these were the building materials of the Egyptians). And yet, of all the Gothic types, it is also the strangest - because the Egyptians also worshipped the sun!

This type feels the connection with nature 'throughout their body'. They can be involved in the practice of magic - or adopt attitudes and approaches that they feel assist them to live in harmony with their environment. As such, they are likely to be weeping for our planet over the coming years - as she changes gradually with the warming of the oceans. 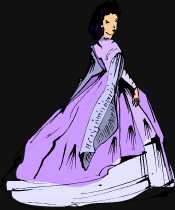 A belief common to these is that social manners are degrading. No longer does loyalty and nobility exist. These believe in acting lady-like: 'a cut above the rest'. Their aspiring dreams might be to ride in a horse drawn carriage, or simply to be wined and dined at an elegant ball. Bodices, corsets and frilly shirts are the order of the day. Yet they may also be great achievers - since they embody the spirit of Victorian discovery.

These Goths are in love with immortality, mystery, vitae and an eternity of youthful looks. They have the ability to be extremely charming, and strive to take the longer view of life's little challenges. Few actually drink vitae, instead preferring to enhance their cosmetic attire with red lipstick, make-up or garments. These are powerful individuals - since they will usually always get their way (although they may 'upset many' in the process). They are also unlikely to be early risers!

Goths feel more closely aligned 'with the dark' than the light - but this does not make them evil. They also share a common view, 'trust no one' - which sounds like a 'sensible motto' in this turbulent world. The Gothic spirit may also be responsible for many of the great thinkers of our time: 'who push on - no matter the odds'.

Many Goths would equate with the phrase 'bullied when I was younger'. Mainstream society often mistrusts 'those that are different' - with it being 'particularly hard' on the youngest. At many times in our life, are we 'under pressure' to conform. With perhaps 'the hardest' - being those of us 'that are more solitary'. Yes - that was a pun; because for those of us 'that can function by ourselves' we don't need others anyway!

Realms of fantasy provide a 'fantastic way' to escape from reality (especially for Goths). Indeed, many heroes within fantasy tales possess 'one of the traits' of Gothic: a prince that goes off on a quest 'by himself', an assassin that infiltrates enemy lines 'by himself', a princess who goes exploring 'by herself', and a warrior who stands against an entire army 'by himself'. In most of these 'Gothic storylines of one', our heroes and heroines also feel 'underequipped' - as though they are 'a spectre of light - in a sea of dark' ...